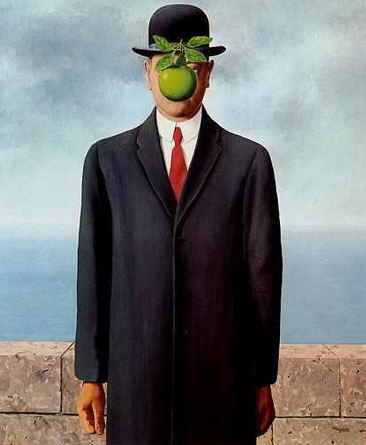 Andy’s mom opens her arms. She looks down at the newborn Andy who squirms away after the brief shock of an implant.

It’s standard now, that all newborns receive their LAIfe tracker the day they are born. As the child ages, the AI documents their vitals, movements and interactions, but not just the stats. The AI also captures the essence of their human counterpart’s character down to the tracking of subconscious decisions.

The goal, is to someday have one’s LAIfe form copied and stored in the Great Libraries across the world. Here, these LAIfes would be available for consultation on the actions, experiences, and even the thoughts of their human counterpart.

“Shhh,” says Andy’s mom as she ponders over who her little one will become.

Andy’s excited. It’s his fifteenth birthday today, and thus, he now has the privilege to make his very first independent trip to the Great Library. Of all the LAIfe forms he’s spoken with, there’s only one he wants to see today.

As his biometrics are scanned upon entering the building, Andy is verified and greeted by the holohost.

“Hello Andy, with whom would you like to speak with today?” asks the holohost.

“‘I’d like to speak with the first LAIfe form,” replies Andy.

“Dr Darwin?” confirms the holohost, and Andy nods. The holohost ushers him through to the halls.

The Great Library isn’t like those of the old days, Andy remembers. He’d once asked about the unusual name. Apparently it was in buildings like this that they used to store books. Well, not quite like this, much older buildings, with very little technology.

Andy checks his number to make sure it’s the right door before he pushes through to the meeting room.

Dr Darwin turns to Andy, quirks up the corners of his mouth, and extends a hand. Equipped with implants, Andy is able to reach out, shake Dr Darwin’s hand, and actually feel the soft grip and gentle texture of his holographic hand.

It’s only when the Great Library closes that Andy exits the building with reluctance. He ponders over all he’s learned from Dr. Darwin, not to mention that apparently Darwin is just a nickname for the father of the LAIfe forms.

From the original intentions of creating the LAIfe forms, to the potential of these AI, and then on to the concerns of Dr Darwin- this is the first time Andy thinks about what it means to be human, and to have human interactions and engagements within the organic and then in contrast, within the immersive environments offered via technology.

While the LAIfe forms were very likely the best judges of their long gone human counterparts, how accurately could they actually represent these individuals post-mortum? Could the AI’s programming accurately pick up on and judge all factors that affect a multi sensory based human being?

“What should I do?” asks a distraught Andy, but no one answers.

“What would I do…” he murmurs.

“You would choose to run the program,” replies his LAIfe form.

“Is that what I would do?” he asks, with some relief. If his calculations were right, this correction would save millions who took part in the automated system. There would be some casualties, but much less than if the system were to fail altogether.

“Yes, it is the best solution,” replies his LAIfe form.

Alone in the room, Andy’s hardly conscious that it’s as if he is having a conversation with himself. The implanted LAIfe form communicates directly via his neurolace, for his thoughts only, unless otherwise decided.

About to run the program, Andy catches sight of a photo by his desk. The ancient paper is faded and creased, but he can still make out the image of a man in a suit, his face covered by an apple. Other than for its age, the image has no value. It’s one of hundreds of these postcards, that could now be digitally restored or printed. But Andy finds something comforting in the folds and creases as his eyes pass over the small replica image of The Son of Man.*

What would he really decide today? Was his LAIfe form correct?

There was no better time than now, when lives were at risk, to verify that the decision he made was indeed the best.

Andy double, then triple checks the equation output from the system. On a hunch, he checks a fourth time.

“Wait, there’s a mistake,” says Andy, “this number here,” and he points.

The input of this number would devastate even the extended network of systems.

Andy pushes his chair back in disbelief.

“Why?” he asks, “did you say that I would choose to run the program, knowing there was an error?”

“As an individual who cares deeply about the numerous issues in the world, the destruction and consequent re-build of the entire network would be the most viable solution to the issues of concern to you,” replies his LAIfe form.

“No,” says Andy, “that’s not correct, you’ve forgotten one of the most important variables in this equation.”

“What’s that?” asks his LAIfe form.

“That we’re human,” says Andy, “and that it’s part of our human nature to look out for one another, even when it means that we may have to set aside the timeline of our own ambitions. It’s by looking out for each other that we will create the best world we can.”

“LAIfe ain’t always fair,” says Andy as enters the command to run the correct program with the now corrected data.

*The Son of Man- a painting by  Belgian surrealist painter René Magritt. About the painting he said: