We use all of our senses to understand and interpret the world around us. Sensory input— sight, sound, smell, taste and touch— power our most instinctive reactions to the context of our environment. When any one of these does not match up with the others, we begin to subconsciously poke holes in our surroundings, including digital worlds. Olfactory engineering is the design of scents, and has some unlikely use cases in Virtual Reality.

Aaron Wisniewski, CEO of OVR Technology, has introduced the Architecture of Scent (AOS) to bring olfaction to virtual reality through hardware, software and scentware components. After two and a half years of development, the company’s primary use cases are in healthcare, training and education, with an eye towards gaming and immersive experiences for the consumer audience.

“VR allows you to do things that are too dangerous, expensive or ludicrous to do in real life,” said Wisniewski. Virtual Reality makes sense when it comes to the military who are training for active combat. It comes down to ‘fight, flight, or freeze’ and it’s that last one that can be a life or death move.

When it comes to memory, scent has a powerful effect on recall. “The more senses we include, the more our brains and bodies understand it as a genuine experience and the more likely we are to recall it in a high pressure experience,” he said. High-stress military scenarios can demand a range of olfaction that include garbage, rotting flesh, diesel fuel and gunpowder. Even without bullets flying, explosions and chaotic commotion, these scents can hold you in place.

On the other hand, some hazards can only be realised via scent. Trained firefighters, for example, can distinguish between active, fuel powered, and extinguished fire smoke.

The immediate scenario that comes to mind based on military training and the abundance of FPS (first-person shooter) games, is to bring sensory realism into high-stress virtual reality environments- without overdoing it on the biometric feedback of course.

There’s also social worlds that could benefit from the comforts that scent can bring- the age old fire pit in AltspaceVR is a solid symbol of storytelling, history and social gathering. Crackling wood and the aroma of coal, soft burning flames, musky smoke from pine needles and dry wood is strongly linked to warm memories for many virtual adventurers.

The way OVR Technology’s software is designed opens up huge potential for olfactory engineering to become ingrained in the world building pipeline. Scents can be proximal based, triggered by a series of geometries that include spheres, cones, and waves that all behave differently.

“The campfire in VR might be emitting a particle system, and that would trigger the ION to trigger the scent,” said Wisniewski, indicating that the ability to engineer sensory nuance has been central to their API —the ION is the device used to disperse scents during an immersive experience.

Personally, I find that one of the biggest indicators of the uncanny valley in digital spaces is the limited concept of space and time. When exploring virtual worlds, walking past a river, alien landscape, or in a city can fall flat with only sight, and sometimes audio cues. As olfactory programming becomes more available to game designers/ world builders, it is likely to become synonymous with virtual design.

It has also been interesting to discuss the shift in perception of what is accepted as ‘real’ or ‘normal’ in older and younger generations. For those on the former range, Virtual Reality can come across as foreign or unusual – it’s not quite like what we are accustomed to in the physical world. However, the latter audience is highly accustomed to digital experiences, and are more adept to jumping in and immersing in digital environments.

As Virtual Reality gets whiff of a new sense, it may attract a wider audience of users who feel more comfortable in a highly realistic virtual setting.

Olfactory engineering doesn’t just apply to virtual worlds. Retail already makes use of scents, alongside sound and visual appeal, to affect mood and improve the consumer experience. Scents are incredibly important to how we analyse our situation, and the actions that result. While retail is still relatively young in Augmented Reality, and gaining traction in Virtual Reality, there’s no saying that olfactory engineering will be for HMDs only. We may see in the near future similar devices like the ION (shown above) that evolve for mobile devices and PCs.

There are many more applications of olfactory engineering such as in narrative design, location based entertainment and healthcare. Scent marks moments of our life, strongly tied to memory. Its scaled adoption into virtual designs is sure to take form in even more applications than we could possibly imagine today, including the ability to gain a better understanding of the way we interpret the world through olfaction.

How can you see scent affecting your Virtual Reality experience?

The Technology of Olfactory Engineering

Wisniewski said that olfactory engineering is 2 parts science, and 1 part art. Any different odour can be made up of thousands of molecules. In order to capture scents, this often means going to the place and sampling the air, its ingredients, teasing out its different components, and then replicating scents in the lab. For one geographical area, sampling can take dozens to hundreds of tests. “When we get the scientific part, it tells us what’s in there, but not how much,” said Wisniewski. 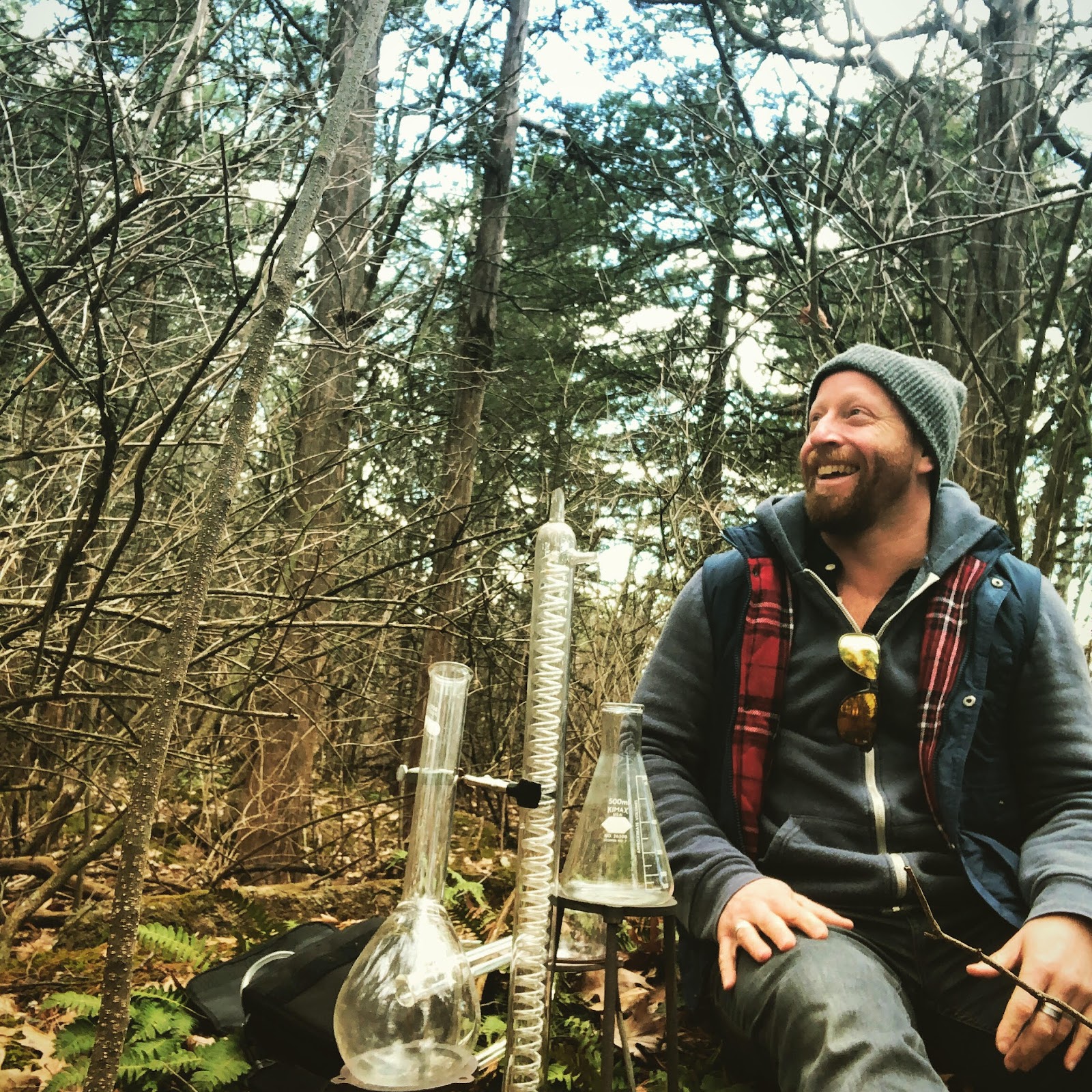 Courtesy of OVR Technology: Sampling in Vermont, where the forest has a sweeter, sappier scent.

OVR Technology is also designed to recreate complex sensory environments, rather than just one scent at a time. In order to achieve this, they had to overcome the challenge of releasing a scent that could be immediately available, and then immediately dissipate.“We were able to overcome it by only releasing the amount of odor molecules, just to stimulate the scent but no more,” he said. A neat fact is that humans aren’t very good at directionally smelling, so concerns about 360 scent design aren’t necessarily a point of friction.

Focusing on enterprise applications first, Wisniewski hopes that the relationship between scent and Virtual Reality will become as ubiquitous as television and color. “Our goal is not to transfer people into the virtual world, it’s that by improving the virtual world that we can improve the real world in the process,” he said.

As we learn more about the way we perceive environments, and how to simulate this through multisensory design, Virtual Reality’s potential only expands over the horizon. Particularly interesting is our relation of scents to memory recall— there may be a not so distant future where our perception of what is reality will begin to change just as subtly as the nuances engineered into olfactory design.