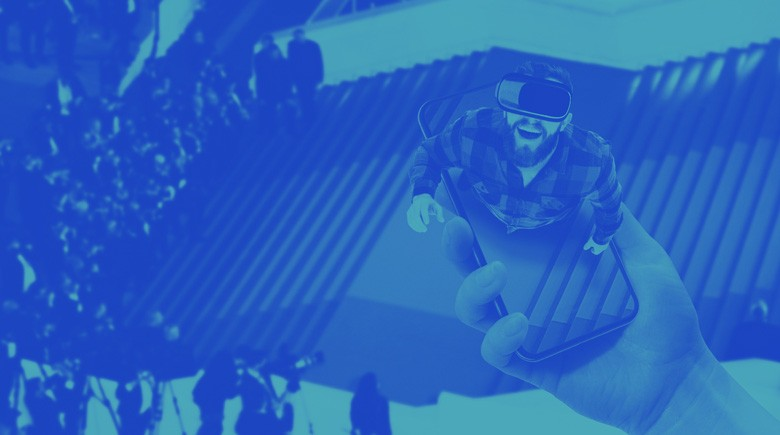 Marché du Film – Festival de Cannes teams up with major key players from the immersive industry to bring the event into Virtual Reality.

The movement of live events to virtual spaces has ushered in a new era for Cannes XR, that will take place in the Museum of Other Realities from June 24th to 26th. The event will feature 55 pieces from artists around the world, virtual exhibitions, creative panel discussions, virtual dance parties and truly singular kick-off party.

“During this very peculiar time, the Marché du Film is more than determined to highlight the XR industry and to foster links between artists and potential investors to support creation in all its richness and diversity. We are very proud to partner with these leading partners in the XR sector,” said Jérôme Paillard, Executive director of the Marché du Film.

Event partners include The Museum of Other Realities as a platform, Tribeca Film Festival that will present a selection of interactive works, VeeR and Positron support showcases and awards, and Kaleidoscope to promote works in development.

“At Kaleidoscope our mission is to help artists fund new work. When we produce an event like Cannes XR that is the lens through which we frame all decisions. How can we showcase artists and their work in the best possible way to attract support from funders, distributors, and curtators? For us the answer is hosting our marketplace events in VR where artists can exhibit their work natively and can have high-quality networking with industry players,” said René, CEO of Kaleidoscope.

Selections for this year’s Development Showcase revolve around major global issues that include climate emergency, human relationship with nature, technological acceleration and heated social issues. Virtual Reality is known to be one of the most influential mediums to communicate a message, and this years’ projects are likely to stimulate much needed conversations on what is happening around the world.

Cannes XR Virtual will also feature pitching sessions, keynotes, and panels where artists share their perspective on how Virtual Reality will impact the global film industry. This year, the Quest reached $100M worth of content sold in the device’s first year, and Steam has seen its biggest jump in Virtual Reality monthly connected users. As more content, social viewing and sharing experiences, and interactive cinema becomes prevalent, the way we think of and make films will continue to adapt to the allowances of immersive technology.

To open the event Miro Shot, in collaboration with Overview Ark, and alongside New York DJ Neil Armstrong, will present a live music and virtual performance that captures the spirit of innovation and storytelling at the Cannes XR and Tribeca Film Festival.

Miro Shot, who were originally booked to play their live VR concert at Cannes XR, have adapted their performance for the online showcase. “Technology has changed the way that we make music, and the way that we listen to music, and now it’s changing the way that we experience live music. Artists around the world are looking at exciting and engaging new ways to share their music with fans, and this is a hybrid of video game culture, music culture and internet culture to create something that is unlike any performance that has been done before,” said Miro Shot’s foreman Roman Rappak.

Cannes XR Virtual will be ​open to VR users ​at the ​Museum of Other Realities (MOR)​, a virtual art gallery specialized in featuring immersive work from international VR artists. ​The entire virtual program ​will remain available until July 3rd, 24/7 ​via the MOR application on ​Steam​, ​Viveport​, or ​Oculus​. The festival will also be streamed online in 2D, accessible on the Marché du Film Online platform, and via Kaleidoscope and the Tribeca Film Festival website.