The Blockchain Legislative Summit October 03 at the Wells Fargo Center in LA, started off with this catchy tune, “I’m Just a Bill,” to demonstrate how simple it should be when it comes to legislation.

However, Brent Cohen, Head of Product at The Element Group, said that when it comes to blockchain, it’s not that simple. “This is a digital money world that no one quite understands,” he said.

I can imagine some of you feel the same way when it comes to cashing in what is viewed as legitimate currency for a less understood and more volatile one that exists only online.

“Crypto was set up to be anonymous. That’s a problem. And fast [to transfer], which could be a problem too,” said Cohen.

When crypto first kicked off, it was possible in many countries to open a crypto account anonymously.  Later, these locations shutdown, and were re-opened with the requirement of official ID, said Cohen.

Unfortunately this rocky start to cryptocurrency drew attention to a lot of negative media that also followed many scams initiated to take advantage of the gray legal area surrounding the crypto economy.

Despite the clear need to exercise caution when investing in blockchain, cryptocurrencies and tokens, the principles behind blockchain intend for it to be a platform for a transparent economy, with a focus on traceable digital rights and ownership. For an introduction to cryptocurrency, see Decrypted. 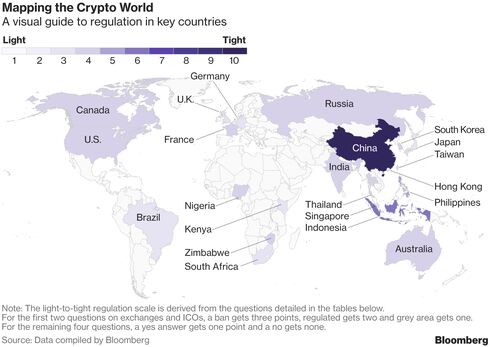 Today, Cohen works with DATA, the Digital Asset Trade Association. DATA is an advocacy group for Distributed Ledger Technology (DLT) and their goal is to shape public policy to support the growth of digital assets, digital identity, smart-contracts and digital currencies.

Governments around the world are incredibly interested in how money moves, and this placed crypto as a priority consideration when it comes to politics. Unfortunately, there are no international standards to how countries deal with crypto, let alone consistencies state to state in the USA.

Wyoming was one of the first states to develop legislation related to blockchain technology with HB- 70 in March 2018 that classified cryptocurrencies as a utility. Overall, “2018 saw legislation from 28 different states. A crypto asset can be property, commodity, utility… they are all treated differently in the courts of law and are taxed differently,” said Cohen.

For example, in June 2018 the SEC announced that cryptocurrencies and tokens offered through ICOs (Initial Coin Offerings) are securities, and illegal unless registered through the SEC.

The reason we see this mass discrepancy in cyrptocurrency legislation is because of its uncertain identity as an asset in the global economy, and because its uses on a global scale are still in development.

“As soon as we find better consumer use, this will explode,” said Cohen, comparing it to digital advertising and mobile phones. With the advent of mobile phones, the majority of advertising switched from print to digital to be more accessible to consumers- and the same growth should be seen with blockchain as it becomes more widely adopted by businesses.

Briefly, what is so important about cryptocurrency is that it’s a database where each “block” is a transaction where records are stored, and the “chain” is how these are linked up with previous entries. It’s a ledger of sorts that uses cryptography to create integrity of information.

In addition to this, the database is decentralized, which means that no one institution runs the network, so information stored on the blockchain is incredibly difficult, if not impossible to alter. The idea is to create a secure network of data and currency.

It will be difficult for blockchain to achieve these goals though until clear legislation is put in place to clarify its legal standing as an asset with taxable value and specific trading regulations. Either strong advocacy from the blockchain community or mass adoption of blockchain technology will push the movement in blockchain legislation.