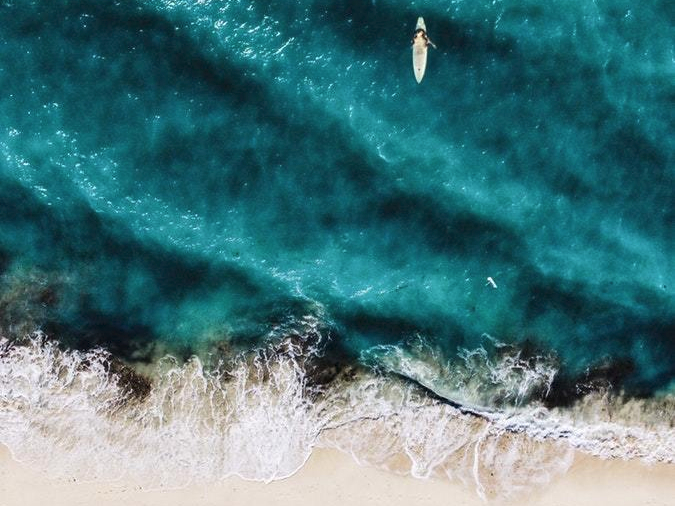 Andy’s en route for the holidays to see his family. He’s actually excited for some down time after a wild few weeks in LA before the holidays, but not this type of down time.

After dutifully arriving at the airport a good two hours ahead of time for the scheduled flight departure, a little “ping” alerts him of a delayed departure time. He’s not discouraged though. He completes some work in the terminal and when his mind says no more, he wanders around.

LAX is bland, he discovers. Usually there’s something exciting or interesting at international terminals, like European brands or neat shops with some of the latest gadgets.

As his eyes scan the shelves, he passes over the numerous pricey Apple adapter products (one so you can listen to music at the same time as charging your phone for a whopping $50, various adapters for charging cables, headphone adapters…), and two measly Utopia 360 headsets by Ratrak for $29.99.

Pass on these, thinks Andy.

He does a few more laps of the little terminal, observing the passengers waiting for the same flight as he slumped over at all sorts of uncomfortable angles in an attempt to sleep, when it occurs to Andy that the airport is actually a fantastic and incredibly underused space to create experiences.

Each day at airports across the globe, millions of consumers pass through airports with time to kill and money to spend. People who travel are, after all, individuals who can already afford the luxury of non-digital travel.

Andy doesn’t sleep much when his flight finally takes off. He’s seen all the movies that look interesting, so he sits restlessly, mind spinning.

When he lands in Toronto, it’s not 10 minutes after leaving the plane that he passes overhead of a VR demo of some sort. There’s a crowd of at least 10 people around the setup, gathered in this small area despite the wide, empty section of airport they occupy.

The two using the headsets, who appear to be around Andy’s age, are smiling and moving around in what could be a multi-player game of some sort. Those who are watching are of various ages.

Andy wonders if for any of them, this is their first experience with VR.

So what if all airports had VR available? Andy notes that he’s seen VR demos before at tech events, at film, media and music festivals, and now once at an airport. So why not host VR demos at all airports? There is such potential here to reach an extremely diverse audience day in and day out.

From its most popular use of gaming and entertainment, to other uses such as brand experiences (advertising) and even airline promotions of certain destinations through 360 experiences, or reaching customers even before they reach their destination though teasers of the activities available at their end location. What if they could book the real experience right there and then that they experienced just now in VR…?

By the time Andy finishes this thought, he’s well out of the airport and onto the train to the next destination. He watches the fluffy snow fall softly through the windows, having forgotten how beautiful the cold little flakes can be.

Sometimes, it’s difficult for him to remember that the rest of the world isn’t at least 20 degrees and sunny every day, and he hopes that one day he can capture moments like this that can later be relived in VR.

*The world is your oyster means that you can achieve anything you wish in life or go anywhere because you have the opportunity or ability to do so.